A  new collaborative publication by members of the ...
END_OF_DOCUMENT_TOKEN_TO_BE_REPLACED

A two new collaborative publication by members of ...
END_OF_DOCUMENT_TOKEN_TO_BE_REPLACED

Information about a multinational project carried out under Arbre-Mobieu Action, ...
END_OF_DOCUMENT_TOKEN_TO_BE_REPLACED 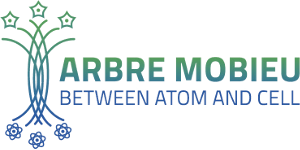 the example of ARBRE-MOBIEU in the field of molecular-scale biophysics,

presented at the CTLS2016 International Congress (EMBL-Heidelberg, June 2016) by Robert Gilbert, Tom Jowitt, Patrick England and the members of the ARBRE-MOBIEU network.

Abstract: Molecular-scale biophysics bridges the gap between structural and cellular biology. However, before 2014, the core facilities, infrastructures and resource labs in this field (unlike the related facilities in NMR and mass spectrometry) were either isolated or scattered within different structural biology or protein production organizations, with little opportunity to synergize efficiently.

The ARBRE initiative (Association of Resources for Biophysical Research in Europe) was launched to fill this void and to ally the forces in the field of molecular-scale biophysics, as well as provide it with a clearer identity. This informal initiative rapidly brought together more than 100 labs from over 20 countries in Europe. In order to cement the group around concrete objectives, its initiators coined a successful COST application, called MOBIEU (Molecular Biophysics in Europe) “Between Atom and Cell: Integrating Molecular Biophysics Approaches for Biology and Healthcare”, leading to the official launch of the Action in April 2016. This presentation will summarize the steps taken towards the construction of ARBRE-MOBIEU, including both successes and pitfalls encountered. It will also discuss its short- and mid-term networking action plan and strategy, which is being guided by seven Working Groups covering the following areas:

The joint efforts of these working groups will enable benchmarking/evaluative projects, sharing of resources, and technical development among other beneficial outcomes for European and worldwide molecular-scale biophysical science.

Analytical and Nanoanalytical Methods for Biomedical and Environmental Sciences

Dear Colleagues, It is our privilege and pleasure to ...
END_OF_DOCUMENT_TOKEN_TO_BE_REPLACED